I have the same problem with vegan meatloaf (I call it “meefloaf”) every time I make it. No matter what recipe for lentil loaf or nut loaf or veggie loaf I make it always (Always, ALWAYS) ends up mushy. As in I-could-serve-it-with-a-spoon mushy. It’s nothing like the firm, sliceable loaves my mother made. Granted, she made them out of dead animal, but that’s neither here nor there. The issue is, I want meefloaf that slices! I want sammich fillings and chewy, forkable mouthfulls of savory goodness.  It’s not that any of the loaves I’ve ever made have had a bad flavor, or were poorly seasoned, I’ve just always been disappointed by their texture. 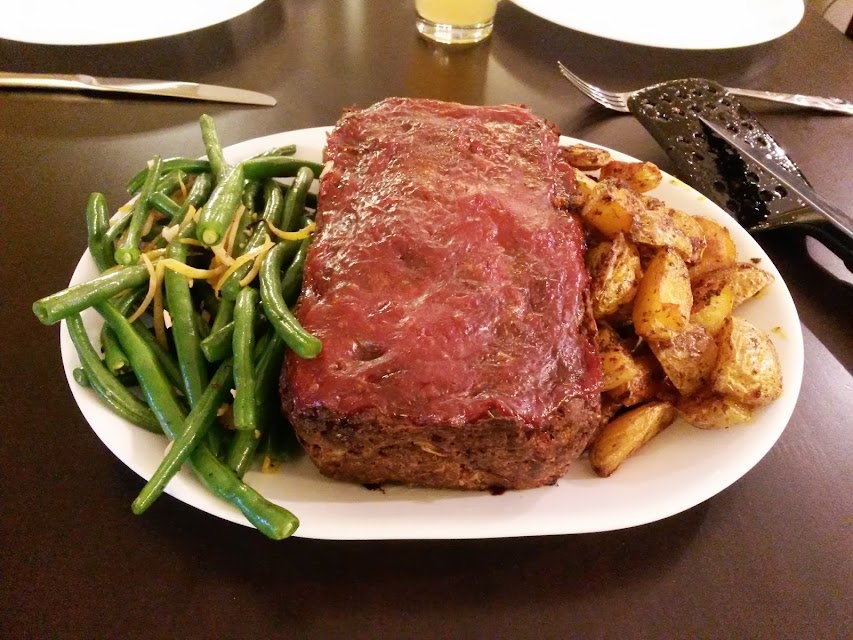 Thinking I’d hit on a possible solution, last night I tried making a meefloaf out of LightLife ground fake beef and ground fake sausage.  But knowing that those products –while delicious– tend to be a tad bit dense and heavy on their own, I decided to cut it with about four slices of dried whole wheat bread that had been soaked in some hot water to rehydrate them.  I added onion, garlic, finely diced carrot, soy sauce, some peanut butter, an egg replacer, and various herbs and spices. I baked this creation at 400 degrees for an hour and a half with a ketchup glaze for the last 20 minutes.  While it was a tasty loaf… it was still wet, still mushy.

Really, I think the mistake here was the rehydrated bread. I think it’s why my meefloaf is so doughy. Has anyone had success with a vegan loaf? Tell me your secrets!

2 thoughts on “The Problem with Vegan Loaf”